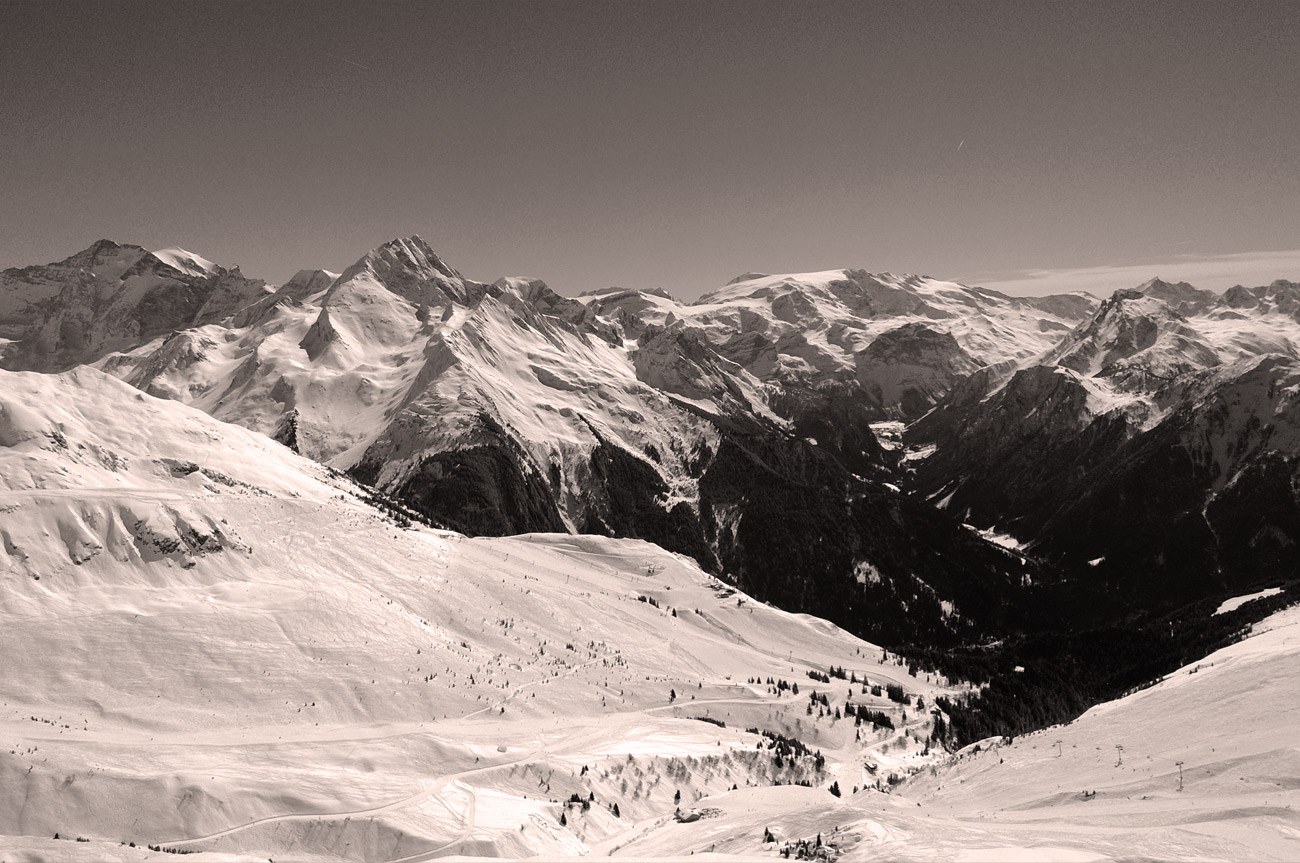 Perched at the top of a rocky escarpment (412m), Conflans the medieval dominates the confluence of Arly and Isère. To enter Conflans through the Porte de Savoie is to go back in history. Sheltered behind its 14th century enclosure, it has kept its charm intact. Streets and alleys remained the same as in the days of the Green Count, Amédée VI, Count of Savoy. On the Roman road from Milan to Vienne (Isère) via the Petit Saint-Bernard pass, Conflans has seen merchants, hawkers and pilgrims passing through the centuries. Today, it is in the heart of the city that the Conflarans and Albertvillois like to meet. Flower houses, old stalls or workshops have become art or craft shops, galleries, cafes or restaurants.

This town, well settled in its green bed, has a tradition of passage and hospitality that dates back 7000 years. It was around 5000 years before Jesus Christ that the first men chose to settle here in what is called “The Tarin Cradle”. They concluded, without being mistaken, the future will show it, a true pact of confidence with the Mountain. The Tarentaise, Le Beaufortain, Le Val d´Arly, Le Val Montjoie and Le Val de Chamonix won against the first attempts at Roman invasions. The second assault around -14 BC struck harder, and these provinces surrendered. The then Roman emperor, Augustus, united them in a single administrative and geographical entity under the name of “The Province of the Graian Alps”. He designated Aime as the most important city and made it the capital under the name of Axima, of the Roman god: Aximus, protector of the sources.

This small mountain village at the gates of the Vanoise national park is surrounded by the high peaks that are Mount Pourris 3779 m and the summit of Bellecôte 3417 m.

The village of Granier is located at an altitude of 1250 m on the slope of the sun and is backed by the Beaufortain massif overlooking the Tarentaise valley. The view from the village is breathtaking and extends from the glaciers and peaks of the Vanoise to the large ski areas on the opposite slope.

The city is located at 840 m above sea level, on the banks of the Isère. The highest point in the town is at Aiguille des Glaciers at 3,817 m.

Historical capital of the Tarentaise in Savoy, the city is located in the heart of the Alpine massif, at 484 meters above sea level. Moûtiers is a book, each page of which tells us stories from the past. Witnesses of yesteryear, the Cathedral, the palace of the Archbishops, the Saint-Pierre bridge, the small alleys or even the places of memory that are the museums will allow you to travel back in time.

The Hameau du Monal, in Sainte Foy en Tarentaise, illustrates the rural and pastoral heritage of the Savoy of Jadis.

Cradle and historic capital of Savoy, Chambéry harbors an important heritage and numerous testimonies of its prestigious past, which give it a scent of Italy … City of Art and History, it offers its visitors a remarkable historic center saved , actively developed and alive as inhabited and commercial. Its colorful Piedmont-inspired facades, its maze of hidden alleys and its numerous mansions make the old town of Chambéry, dominated by the Castle of the Dukes of Savoy, one of the most curious old districts in France.